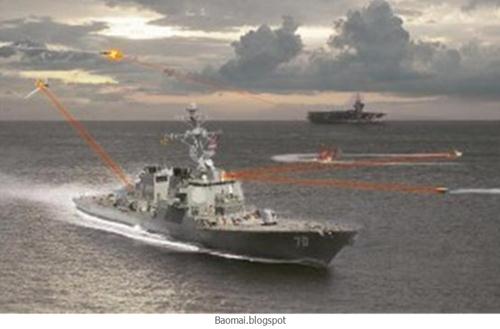 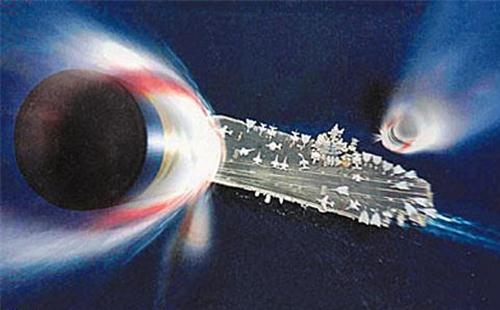 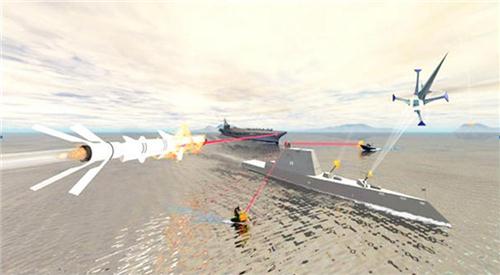 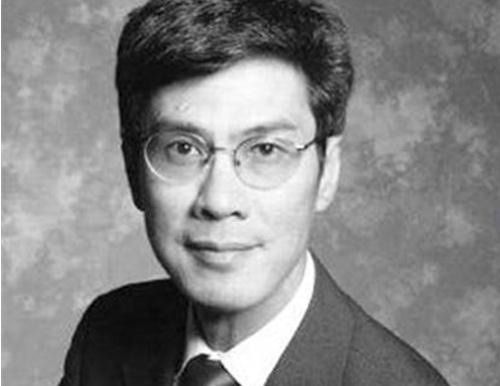 LANL scientists are instrumental in making breakthrough for the Navy By John Severance - Sunday, January 23, 2011 at 12:00 pm
Thanks to the Los Alamos National Laboratory (LANL), the Navy took a big step in its quest to build a powerful new anti-aircraft gun. LANL scientists have achieved a breakthrough with the Office of Naval Research’s Free Electron Laser (FEL) program, demonstrating an injector capable of producing the electrons needed to generate powerful megawatt-class laser beams for the Navy’s next-generation weapon system.The Dec. 20 milestone, which happened months ahead of schedule, was highlighted in a two-day preliminary design review Jan. 20-21 in Virginia. 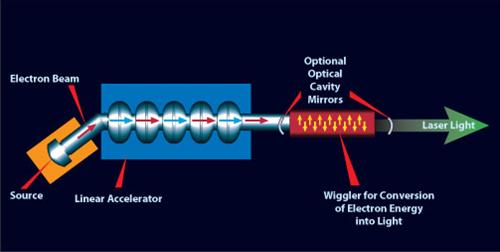 “The injector performed as we predicted all along,’’ said Dr. Dinh Nguyen, senior project leader for the FEL program at the lab. “But until now, we didn’t have the evidence to support our models. We were so happy to see our design, fabrication and testing efforts finally come to fruition. We’re currently working to measure the properties of the continuous electron beams, and hope to set a world record for the average current of electrons.’’
Nguyen said Boeing, which had a measurement of 32 milliampere in 1993, holds the record for measuring properties of the continuous electron beams. The project leader said, “We are not there yet but we hope to break it in the near future.” At the demonstration, Nguyen received a lot of positive feedback from members of the ONR. But he was not about to take a lot of the credit.
“This is a team effort,” Nguyen said. He credited 15 other LANL employees for helping him with the research. “The best thing is that the Navy is looking at Los Alamos as the go-to lab for this kind of technology. This is a good sign for the lab.” 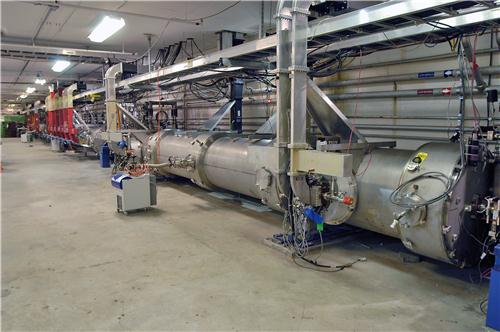 The free-electron laser produces laser light by accelerating electrons through these cryomodules and then into a wiggler, where electrons give off photons of light. Image courtesy: Greg Adams, Jefferson Lab.
Nguyen said he and his team have been working on the project since 2006 but he has been working on the technology at the lab since the mid-1980s.
Asked where this accomplishment stacks up in his LANL career, which started in 1984, Nguyen said, “It’s not the most important, but it is up there.”Quentin Saulter, the FEL program manager for ONR, said in a release the implications of the FEL’s progress are monumental. 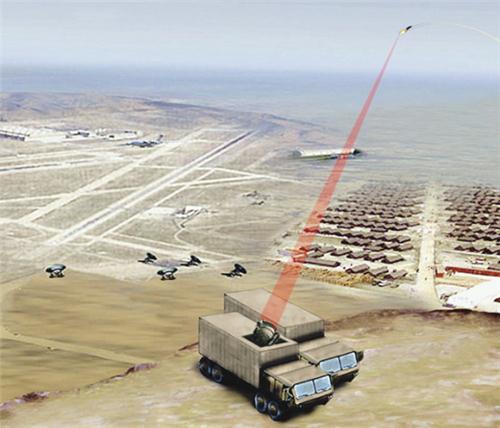 “This is a major leap forward for the program and for FEL technology throughout the Navy,” Saulter said. “The fact that the team is nine months ahead of schedule provides us plenty of time to reach our goals by the end of 2011.”
The research is a necessary step for the Department of the Navy to one day deploy the megawatt-class FEL weapon system, revolutionizing ship defense, Saulter said. “The FEL is expected to provide future U.S. Naval forces with a near-instantaneous laser ship defense in any maritime environment throughout the world.”
ONR’s FEL project began as a basic science and technology program in the 1980s and matured into a working 14-kilowatt prototype. In fiscal 2010, it graduated from basic research to an Innovative Naval Prototype, earning the backing needed by senior Navy officials to ensure its evolution to advanced technology and potential acquisition. 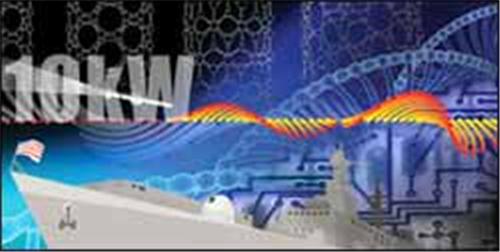 On the ONR website, Saulter explains the program. “The Navy’s future Free Electron Laser (FEL) weapon system is being designed to be game changing,” Saulter said. “The capability of having speed-of-light delivery for a wide range of missions and threats is a key element of a future shipboard layered defense. The design is to be able to have selectable wavelengths for use at sea. “It will demonstrate scalability of the necessary FEL physics and engineering for an eventual megawatt-class device. It will focus on the design, development, fabrication, integration and test of a 100-kw class FEL device. Future needs for ship integration and beam control will be considered. This revolutionary technology allows for multiple payoffs to the war fighter. “The ability to control the strength of the beam provides for graduated lethality and the use of light vice, an explosive munition, provides for low per engagement and life cycle costs. In fact, it provides an effective alternative to using expensive missiles against low value targets. Not worrying about propulsion and working at the speed of light allows for precise engagement and the resulting low collateral damage. Speed-of-light engagement also allows for a rapid reaction to moving and/or swarming time critical and swarming targets.” 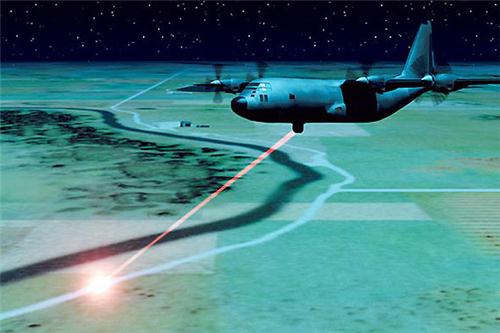 The laser works by passing a beam of high-energy electrons generated by an injector, through a series of strong magnetic fields, causing an intense emission of laser light. ONR hopes to test the FEL in a maritime environment as early as 2018.
“There still is a lot more testing,” Nguyen said.
Scientists at Los Alamos National Laboratory, headed by Dr. Dinh Nguyen, senior project leader for the Free Electron Laser program at the lab, made a breakthrough when they unveiled an injector, below, capable of producing the electrons needed to generate megawatt-class laser beams for the Navy’s next-generation weapon system.